Recently I have been doing some work in SpriteKit with Xamarin. I have used Xamarin and its previous incarnations for 5 or so years however I am very new to the world of 2D gaming and SpriteKit.

In prototyping ideas, I came across the need for using textures within an app to improve performance of animation. One way to achieve this is via creating a Texture Atlas. I found plenty of examples with XCode however not so many with Xamarin.

I have a few images here that I from a recent project, just a telephone that rings.

Add a folder into the project with the .atlas suffix, e.g. MyAwesomeAnimation.atlas. This will contain all images that should be converted into an animation. In this example, I have a telephone with 7 images. 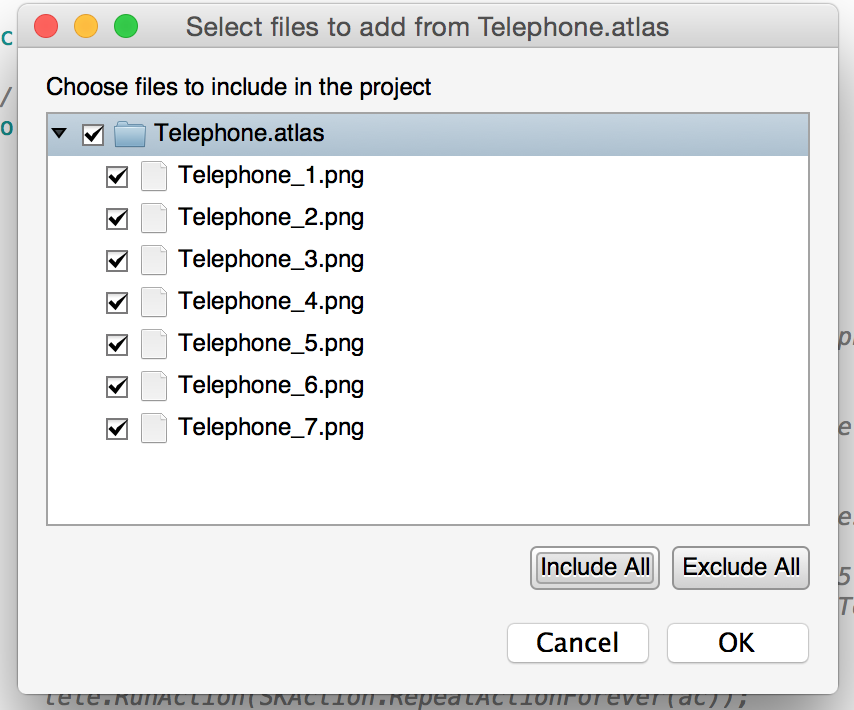 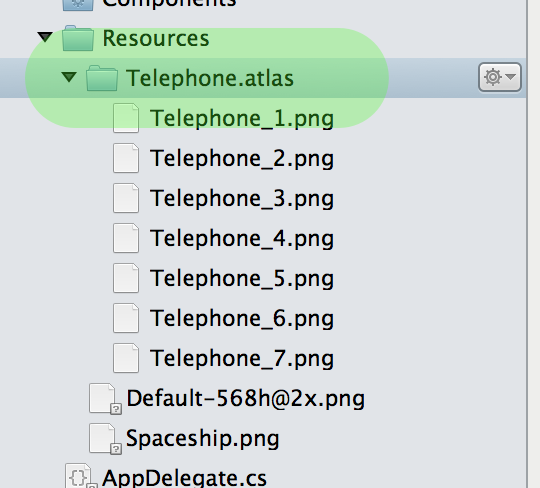 Given I have used the File -> New SpriteKit Project in Xamarin Studio, I will just remove the implementation in the MyScene class and replace with the following.

Firstly in the constructor, create the texture atlas. By convention, the name of the atlas matches the folder in the app.

Then, to illustrate a simple implementation, when the app is touched, show the animation.

The simple example is available at https://github.com/merbla/SpriteKitAdventures