Over the past couple of months I have observed James of plusSixOne fame, create and extend the great R package for AFL stats called fitzRoy. It has been some time since I have used R and it took me a while to get up and going. Along my journey, I have tinkered with a Docker image for fitzRoy. This was primarily due to my use containers in my day to day work and wanting to isolate any of the dependencies.

Using RStudio, there is now a Docker image available for fitzRoy up on Docker Hub, details are over at GitHub.

Then if you want to tinker with fitzRoy, run the following and open a browser at http://localhost:8787. The default username & password is as follows (Username: rstudio, Password: rstudio).

Then start playing with some of the examples from here. 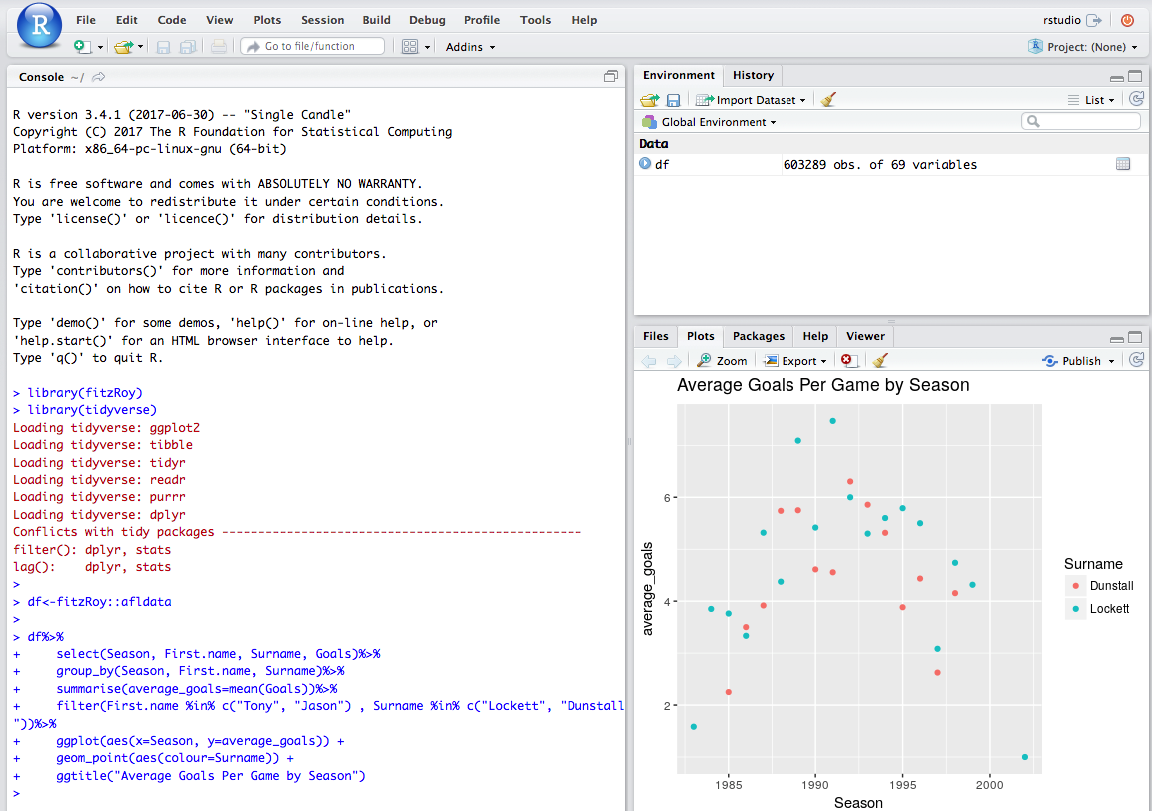